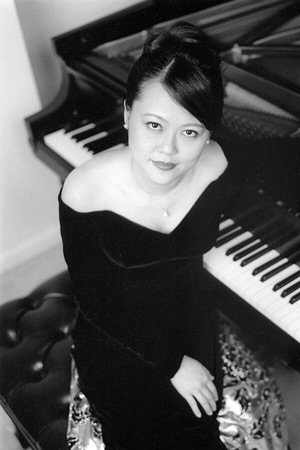 Ms. Chen’s recordings have received international critical acclaim.  Her recording of Rachmaninov's Piano Concerto No. 2 and Rhapsody on a Theme of Paganini with Leonard Slatkin and the Philharmonia Orchestra of London on Sony/BMG was among the top ten best-selling classical recordings in England.  Ms. Chen’s performance was praised by Fanfare Magazine as "eminently musical, particularly sensitive to Rachmaninov's intimacies."  Fanfare also commended Ms. Chen's recording of the Miklos Rozsa's Piano Concerto with James Sedares and the New Zealand Symphony on Koch International, stating "it would be hard to imagine a performance more in tune with the music's dynamism than the one turned in by Evelyn Chen, who wonderfully communicates a kind of virtuoso thrill while also capturing every one of the work's Protean changes of mood.”  Gramophone Magazine added that "Evelyn Chen is a dazzlingly secure, marvelously sympathetic exponent that Rozsa fans will rightly welcome with open arms."

Ms. Chen has been featured on the CBS Evening News, and her performances have been broadcast by the National Public Radio, WGBH (Boston), WQXR (New York), WNYC (New York), WNCN (New York), WFMT (Chicago), and WGTS (Washington DC), as well as throughout Taiwan and Great Britain (Classic FM).  She has collaborated in chamber music with artists including violinists Frank Huang, Cho-Liang Lin, and Yoonshin Song, violist James Dunham, cellists Leslie Parnas and Brinton Smith, as well as members of the New York Philharmonic, the Dallas Symphony, and the Houston Symphony.  Ms. Chen has also performed before prominent dignitaries including the Princess of Thailand and the Prime Minister of Malaysia.